A separation agreement can be drafted without the assistance of legal counsel. However, before signing any contract, it would be best to consult a family lawyer from a reputable law firm in your location, such as GDH Law. A lawyer can help you understand your rights and responsibilities concerning your children and your partner and the laws that your agreement must follow to be legal.

Separation From A Legal Standpoint: What Does It Entail?

Dissolution of marriage can begin at various ages, depending on the state. The traditional definition of a ‘separation’ is when a married couple no longer lives together. Except for their children and joint assets or obligations, like a mortgage or bank account, they have no further participation in each other’s lives. Furthermore, parents usually work together to negotiate things like visitation and custody until a divorce is finalized in the state.

The Importance Of A Separation Agreement

There are numerous scenarios in which a separation agreement could prove helpful like the following:

However, there are circumstances in which it’s not in anyone’s best interest to create a separation agreement.

When Should You Create a Separation Agreement?

There’s no specified deadline by which a separation agreement must be executed. However, there are time constraints on requesting things from your partner, such as a property division. For example, you have six years from the date of separation but only two years after the divorce decision to divide the property.

Establishing a separation agreement does not necessitate consensus between you and your partner. In the meantime, you can concentrate on settling your other issues while drafting a separation agreement covering the issues on which you can reach an accord. For instance, if you and your ex can agree on decision-making authority, parenting time, and child support, you can agree to resolve those problems. Furthermore, you can continue to negotiate the split of your assets at the same time. The terms parental decision-making and time-sharing were formerly used to refer to parental custody and visitation rights, respectively.

In addition, you can form a separation agreement that’s effective for a predetermined length of time. If you and your spouse have settled on a shared custody arrangement for your children for the summer only, you may specify that it will cease in September. A new separation agreement can be made at any time if both parties agree to the terms of the previous agreement.

Legal Separation Agreements and Why You Need A Lawyer

If neither person had a lawyer, the validity of the separation agreement could be called into question. Legal advice is needed because the paperwork is hard to understand, and the procedures need to be understood by an expert. It’s possible to include spousal support in a single separation agreement. This issue, along with child custody, might be handled by someone else. As part of the agreement, the couple may have to keep their money separate from joint accounts only available at the state level. The retained counsel can shed light on all relevant details. Having a family lawyer draft your separation agreement is recommended for the following reasons:

If the two partners have already reached an agreement, a lawyer can draft the contract on their behalf. Individuals are in a position to make a decision based on sufficient information. Not unless the other partner has legal representation as well. Even if you and your spouse’s attorney work together to form a separation agreement, you should still have your legal counsel evaluate it to ensure it doesn’t contain any potentially harmful provisions. A lawyer’s evaluation of your contract before you sign it is well worth the cost. 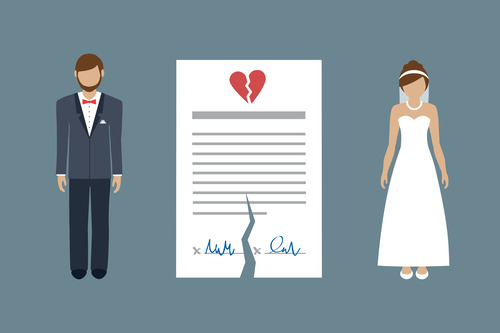 How A Family Lawyer Can Help

Regardless of the type of divorce you decide to pursue, legal representation from a reliable lawyer is a must. They contribute a great deal of expertise and knowledge gained over many years and can do the following:

Having a family lawyer on your side can help you understand the full range of your legal options and the consequences of each one. In addition, they can provide precise legal guidance to help you handle any concerns you may have.

A family law attorney can help you draft a separation agreement. When a compromise has been reached, it will be formalized in a written contract. They ensure it’s reasonable by reviewing it and leaving out anything that can’t be followed. Notably, lawyers specializing in family law can also assist during a divorce.

A family lawyer is a skilled negotiator who can advocate on your behalf. Your family lawyer can clear up any confusion you may be feeling. Also, your lawyer will be able to catch up on any crucial nuances in the bargaining process that you might miss. They guarantee the divorce is amicable and that both parties are treated equally during the negotiation process.

Anxiety and intense emotions are common throughout the entire process. Typically, most couples who are separating with the aim of reconciling in the future and avoiding divorce will consult a family attorney to draft a separation agreement. Furthermore, a family lawyer can help clients stabilize their finances, parental rights, and child visitation schedules, given their emotional and anxious state.

A competent attorney will help advance your case by explaining your legal choices. Additionally, they will be able to address issues that could harm the case in the future. After understanding one’s legal rights and options, sensible action is possible. Your family lawyer can also guide you through the expenditures associated with the divorce to ensure that no one is left holding the bag. Moreover, the client will find it valuable as they go forward after separation. After all issues have been settled and the clients have amicably separated, they may focus on their lives and their children without harboring anger for one another.